According to the latest report on European ecommerce, the industry is expected to be worth 621 billion euros by the end of 2019. 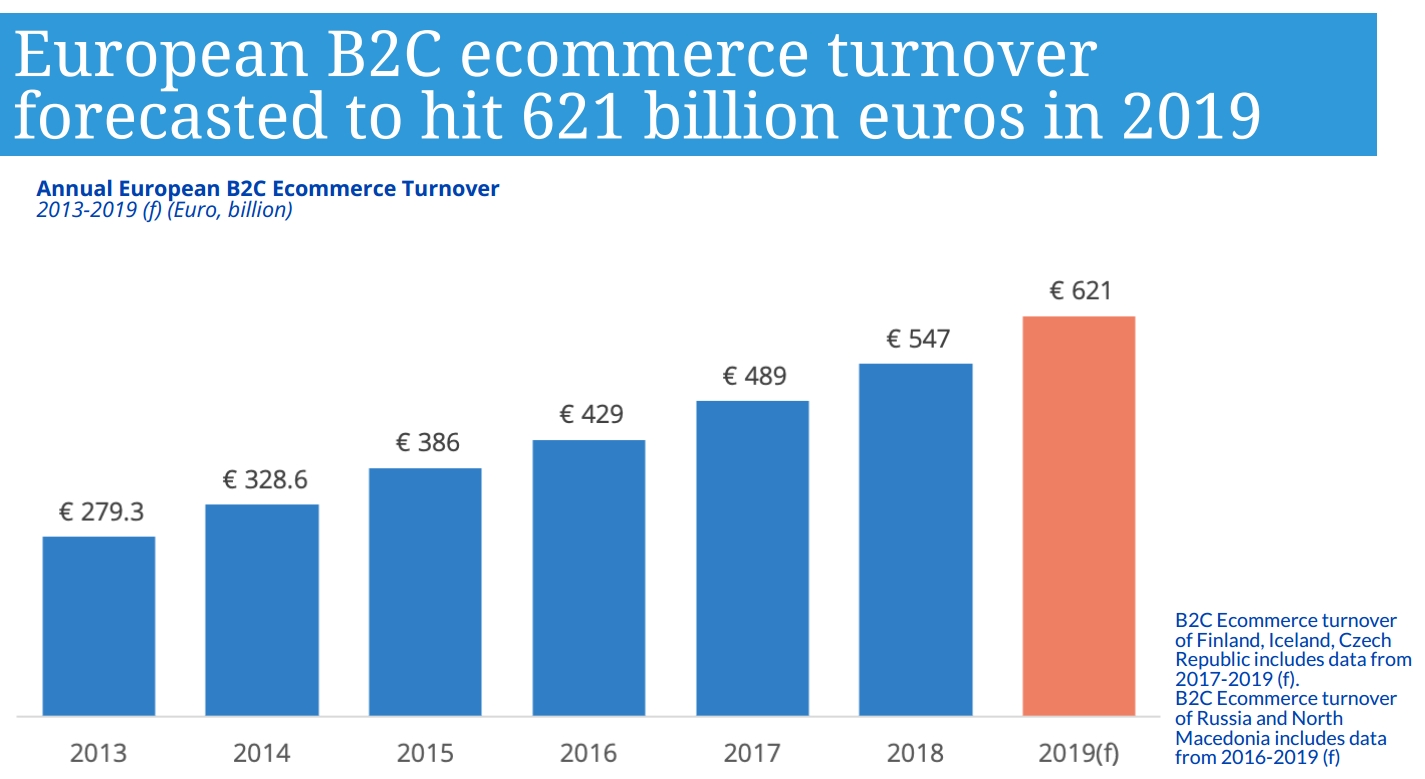 From a Scandinavian perspective, there was more good news in the annual report by the Ecommerce Foundation. They found that Scandinavian countries continued to rank amongst the highest for key factors like Ease of Doing Business, Internet Penetration, Logistics Performance Index and E-government development index.

In fact, Denmark was ranked first in the Ease of Doing Business Index (3rd globally), which is based on factors like the business, size, location, and nature of its operations.

The average online shopper spending in the whole of Europe was 1,346 euros last year and is forecasted to grow to 1,464 euros by the end of this year (source).

There are still many major differences between European countries when it comes to internet usage. For example, Iceland has an internet penetration of 99 percent, while in Ukraine just 64 percent of the population has access to the internet.

So as ecommerce continues to grow across Europe, what actions can online store owners take to seize on these opportunities for greater revenue?

Cross-border is also growing, with 49% of Danish consumers purchasing from abroad last year. This means that ecommerce businesses can sell on channels unique to specific European markets.

Taking the time to find the channel that suits your business and optimizing your product feed accordingly to meet those requirements will give sellers the chance to gain access to an engaged audience across Europe.

Find out more about our Feed Marketing platform or get your free evaluation below and gain access to expert advice from our feed marketing experts.